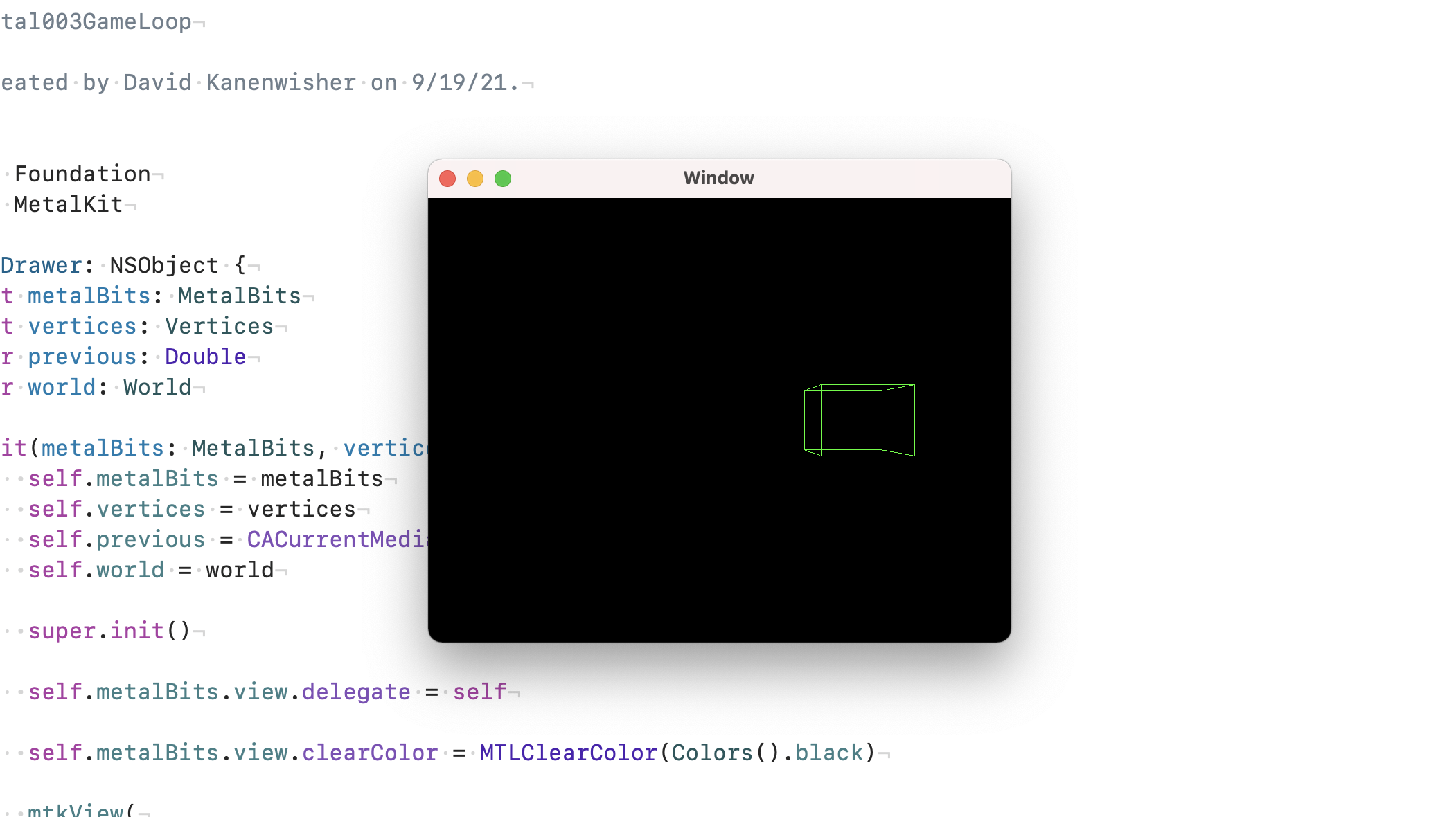 After a little bit of re-arranging I was able to get the cube moving. The most interesting parts of the code can be found in Drawer.swift.

Above the rendering code combines the perspective project matrix(camera) with the node transformation(model). It's then passed to the encoder so the GPU can pick it up and perform the transformation.

I also nearly forgot to actually have the cube translate based on elapsed game time so made a quick adjustment for that:

And really what's the point of rendering 3D graphics in realtime if you can't interact with them?! I added a bit to pause the animation when the screen is touched(not terribly exciting but gave me a chance to try it out).

I've been especially interested in state-machines lately and how they can be used to model reactive systems. It worked pretty well to pass the click event down to the GameWorld which then changed state. Then when Drawer asks GameWorld for updates GameWorld simply checks state to determine what to do. This is extremely simplistic but still a good way to get my feet wet.